This marvellous engine belongs to Paul Wills.
The engine took 5 years to do, Paul says, “On and off.” 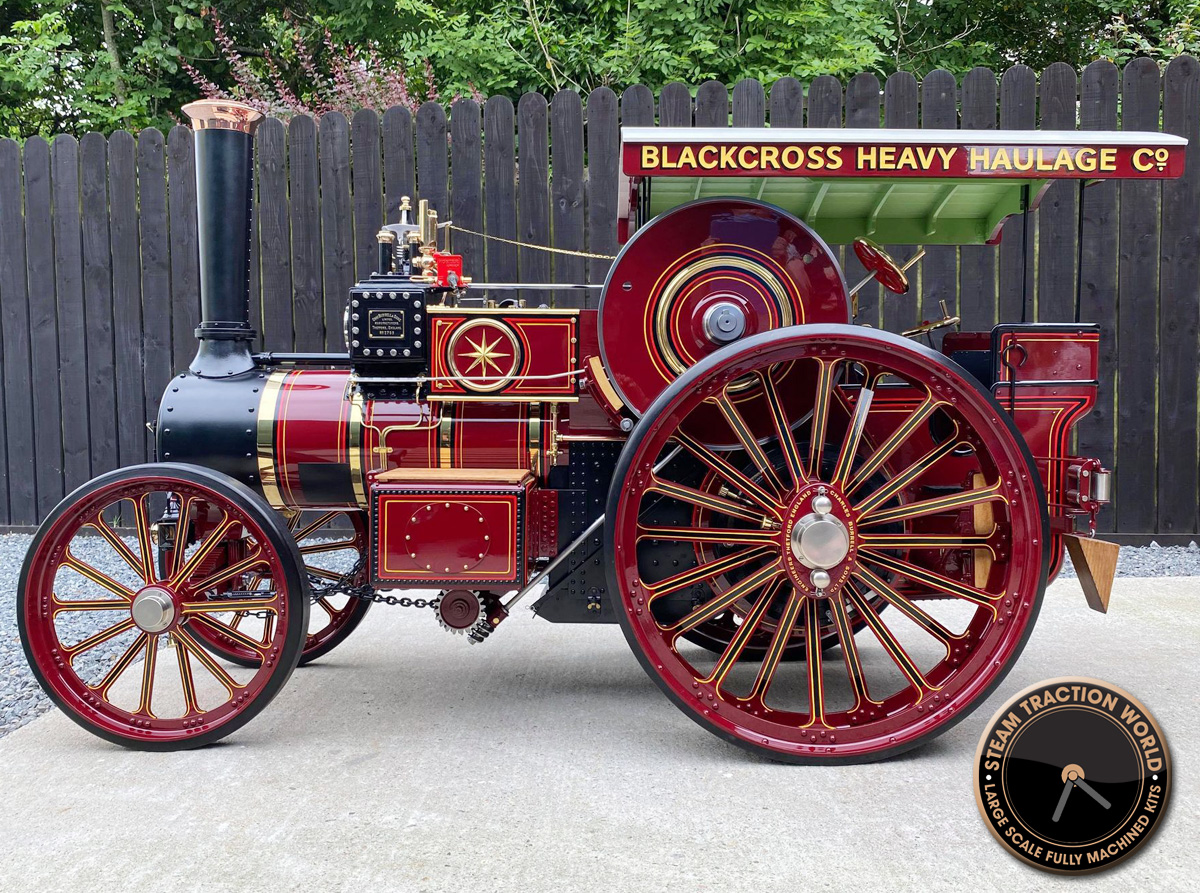 Paul has previously owned an 8 ton Aveling and Porter roller which he restored. After many years of rallying he decided to sell her to purchase a half size Burrell Devonshire agricultural which he totally rebuilt.

The Devonshire was sold and Paul had a break from steam for several years then decided to get back involved with steam (it’s hard to stay way!). After looking around for a 4” Burrell road loco Paul decided to purchase a Steam Traction World DCC road loco in the form of kits. Paul says he has “really enjoyed the build” and is currently building 2 traction wagons to go behind the engine.