We like to offer our fans challenges – they are very knowledgeable – so we offered these seemingly, steamingly powered inventions. But were they fact or fiction?
See if you can tell. 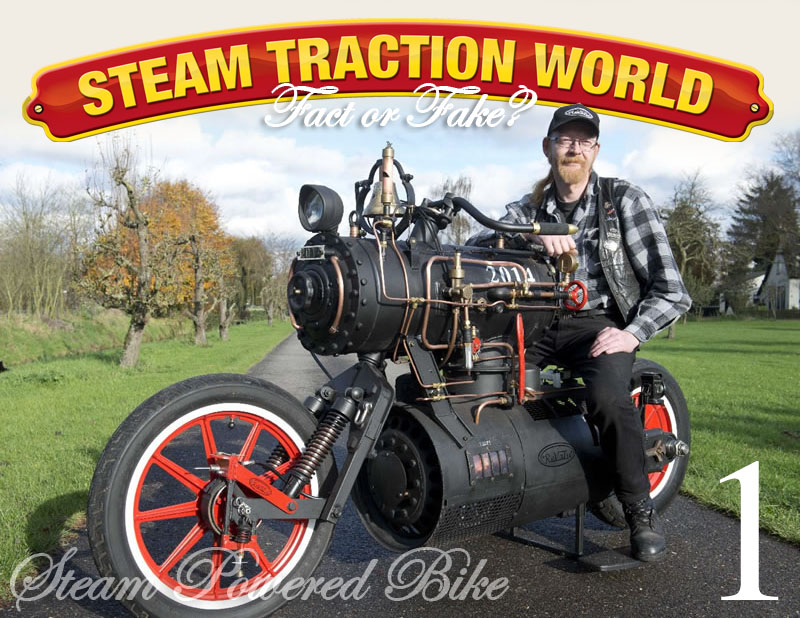 1. Dutch motorcycle mechanic guru René van Tuil has been creating unique custom motorcycles for years and admits this is his most craziest creation to date. This steam powered bike, called the Black Pearl, is a cross between a chopper and an old steam locomotive and this result is steam awesomeness! But is it Fact or Fake? 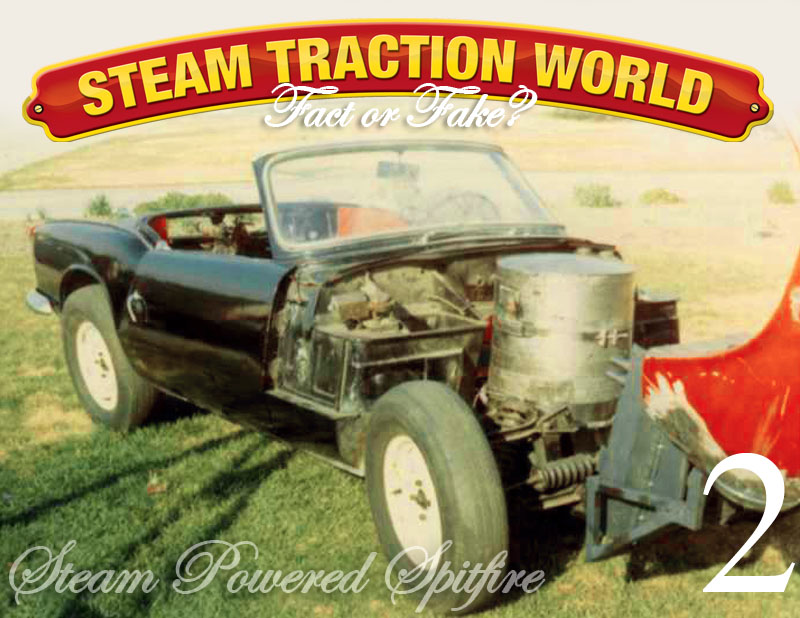 2. Peter Barrett’s Steam powered Triumph Spitfire. With a separate chassis, independent rear suspension with a fixed differential and easy access via the front lifting bonnet the Triumph Spitfire was the perfect donor. But is it Fact or Fake? 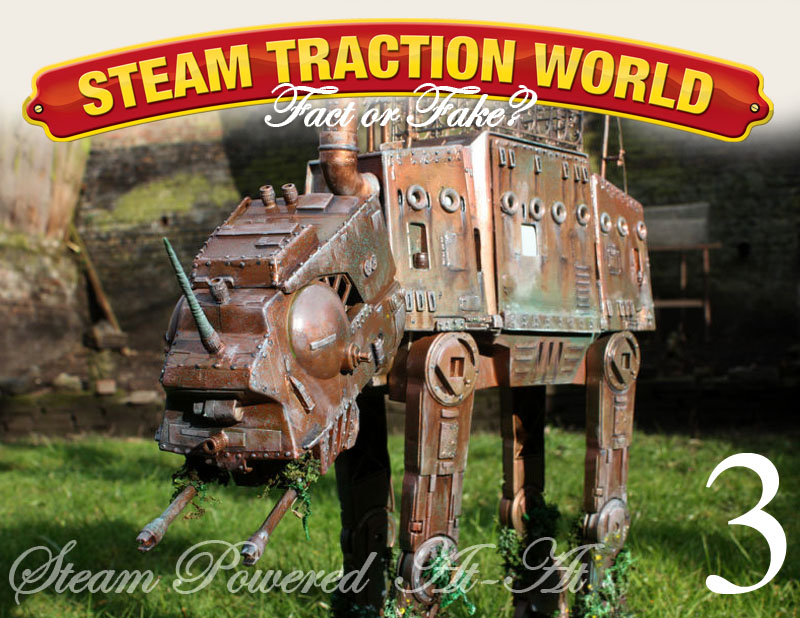 3. Star Wars fan Mark Bayley created this steam powered AT-AT as an engagement gift for his lady love, Caroline. Mark calls this creation “Captain Bayley’s Infernal Mechano-Perambulator.” But is it Fact or Fake? 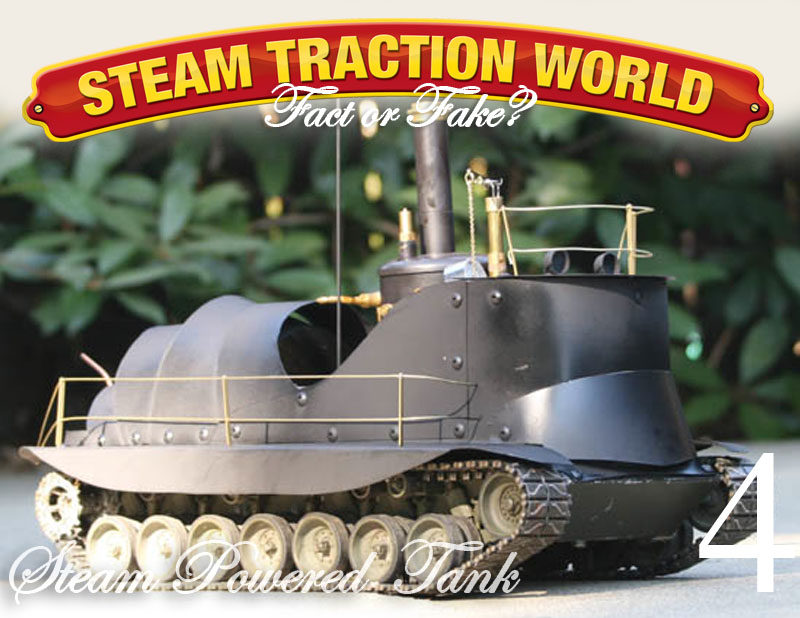 4. A steam powered tank – what else? Well a Lobster too – this is I-Wei Huangs creation of a remote controlled, steam powered lobster, tank er thing. But is it Fact or Fake? 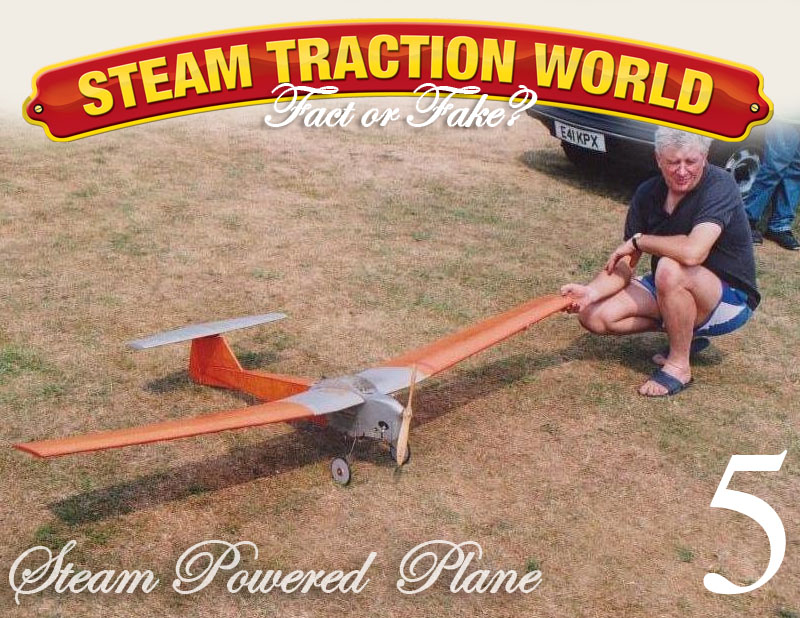 5. Why not fly something very different? Geoff Wolfe thought – A steam-powered Remote Controlled aircraft – but could the idea get off the ground is it Fact or Fake? 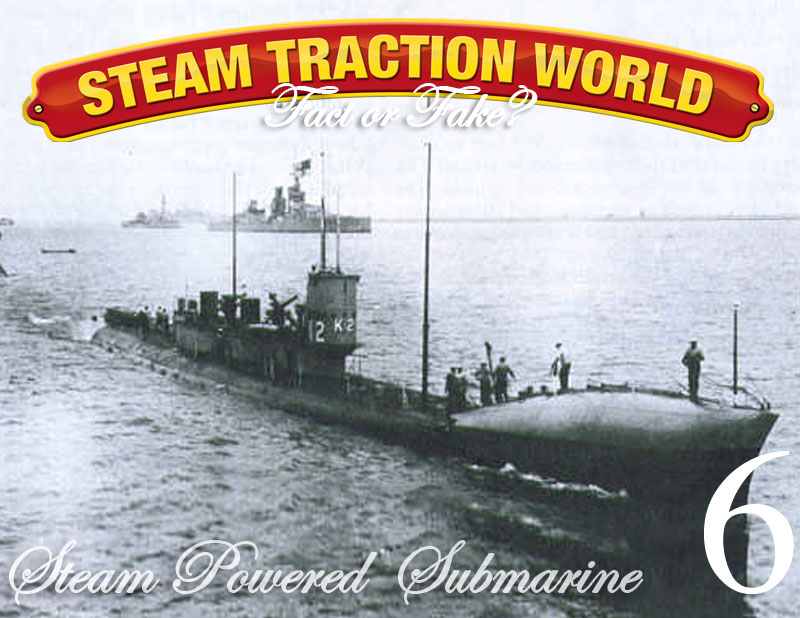 6. A Steam-powered submarine! Amazing that one was built however, 17 of these boats entered service between August 1916 and May 1918. They were driven on the surface by steam engines and aft of their conning towers they carried twin retractable funnels. The idea was that when the diving klaxon sounded the funnels were swung into special housings, the furnaces dampened down and the boat dived. They actually proved so fast that no submarine of the 1939-45 war could have kept up with them! A steam-powered submarine, seriously? But is it Fact or Fake? 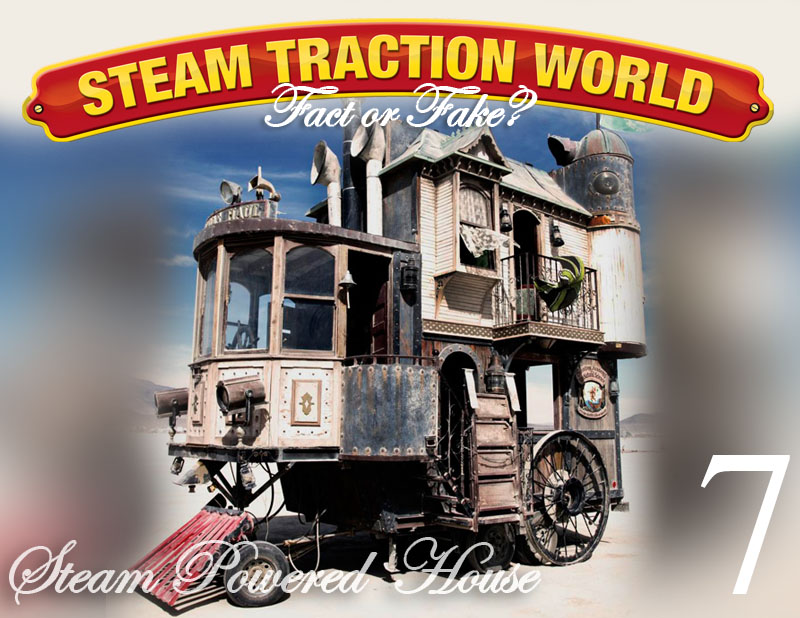 7. A house – or perhaps more so mobile home built from equal parts of locomotive engine, steamship and Victorian house. Measuring 24 feet long by 12 feet wide, the Neverwas Haul is built directly onto a fifth-wheel travel trailer, making it relatively easy to tow from its home in the San Francisco Bay Area out to Black Rock City, Nevada, and back. Once out on the desert lake bed, which locals call the “playa,” the Neverwas Haul roams freely. But is it Fact or Fake? 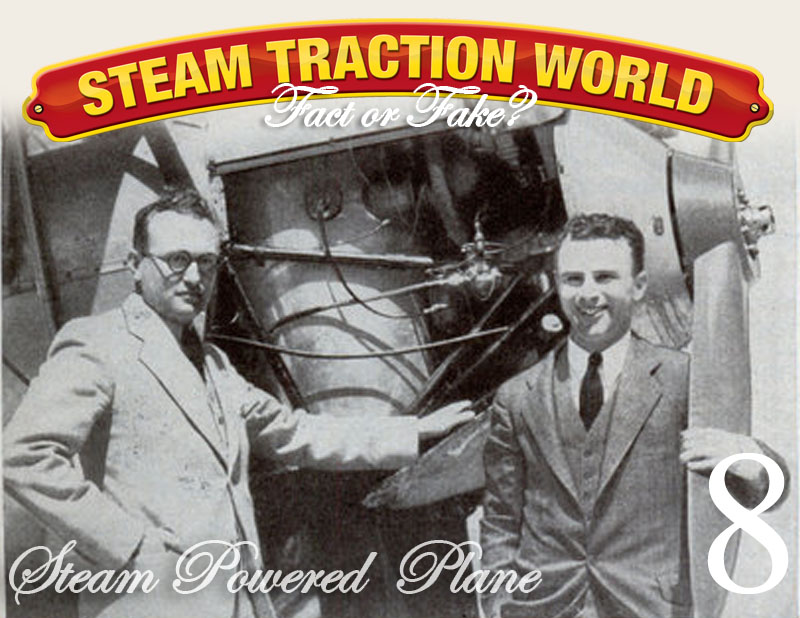 8. Steam powered plane – no not remote controlled this time but a full-sized manned aeroplane. The engine is a two-cylinder, compound, double-acting, V-type power plant. Its high-pressure cylinder has a three-inch bore and a three-inch stroke; its low-pressure cylinder has five and a quarter-inch bore and a three-inch stroke. Climbing into the air without a sound except the low whine of the propeller and the hum of wind through the wires. Swinging back over the field at 200 feet, the pilot could shout “Hello!” and could hear the answering calls from spectators below. With a test flight in 1933 silent aircraft would have been very handy for WW2 but is it Fact or Fake?

Just for Fun – Fact of Fake?

OUR SHOP IS NOW LIVE. We deliver Worldwide • If it isn’t in the shop email us and we’ll add it on! • All UK prices include VAT