Kon’nichiwa – What a week here at Steam Traction World. Olympic efforts getting kits out of the door. 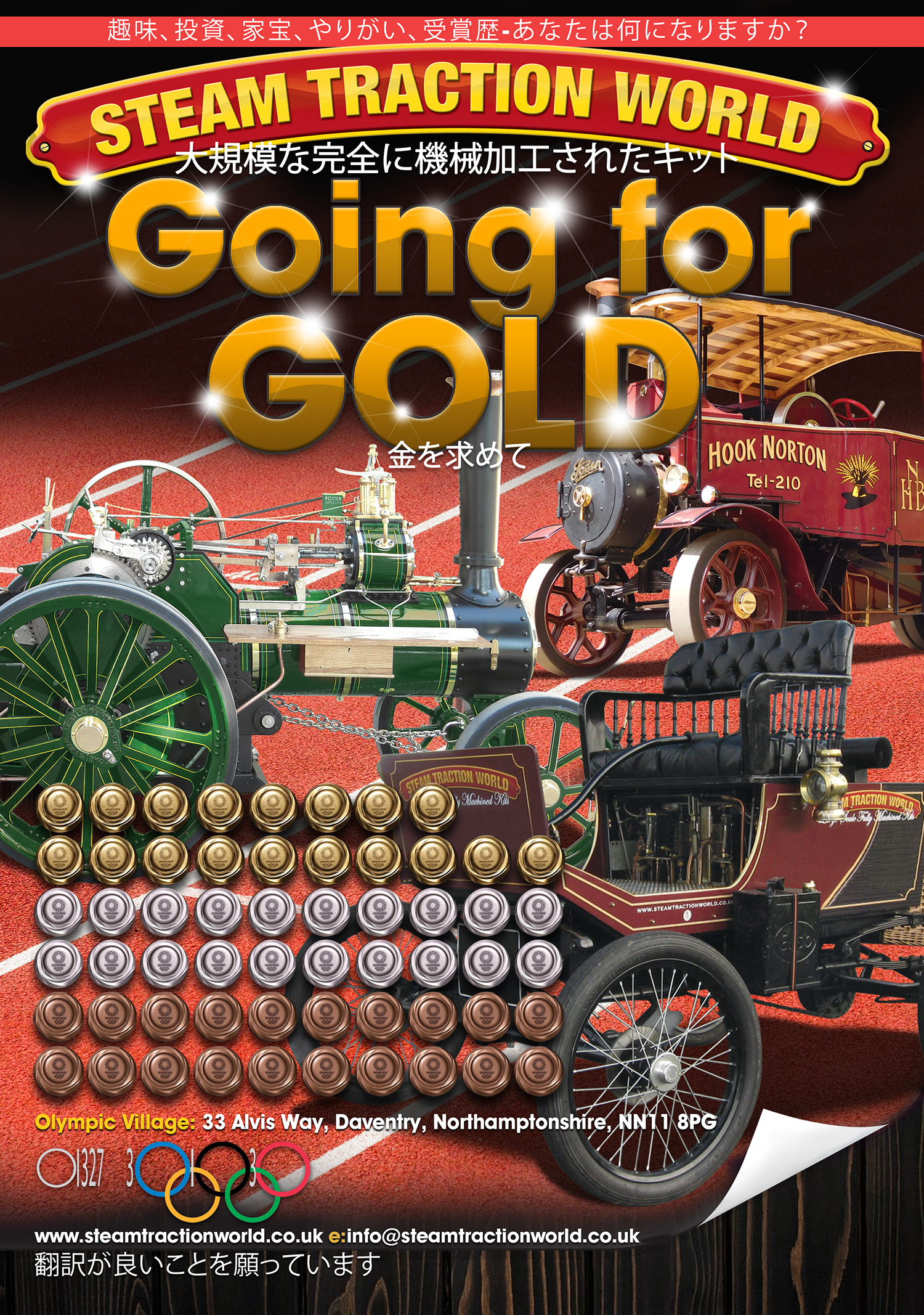 The Team GB medal haul so far has been equally impressive, with an amazing games. We’ve added them onto our advert (We are running out of room!). 88 different countries have now won a medal at Tokyo – this is the highest number of medal-winning nations in the history of the Olympics. It shows what can be achieved – just like with our Steam Traction World engines.

The youngest ever medalist was Dimitrios Loundras, a Greek gymnast who won a bronze medal at the 1896 Athens Olympics at the age of ten. The oldest was Lida Peyton “Eliza” Pollock when at the 1904 Olympic Games, she was 66 years old and won two medals for Archery – so there is hope for us all, at any age!