Frank Rothwell thinks of the Land Rover Defender as a bit too modern. So he retrofitted a Steam Traction World steam engine, the pinnacle of 19th-century engineering, to power his red Defender. 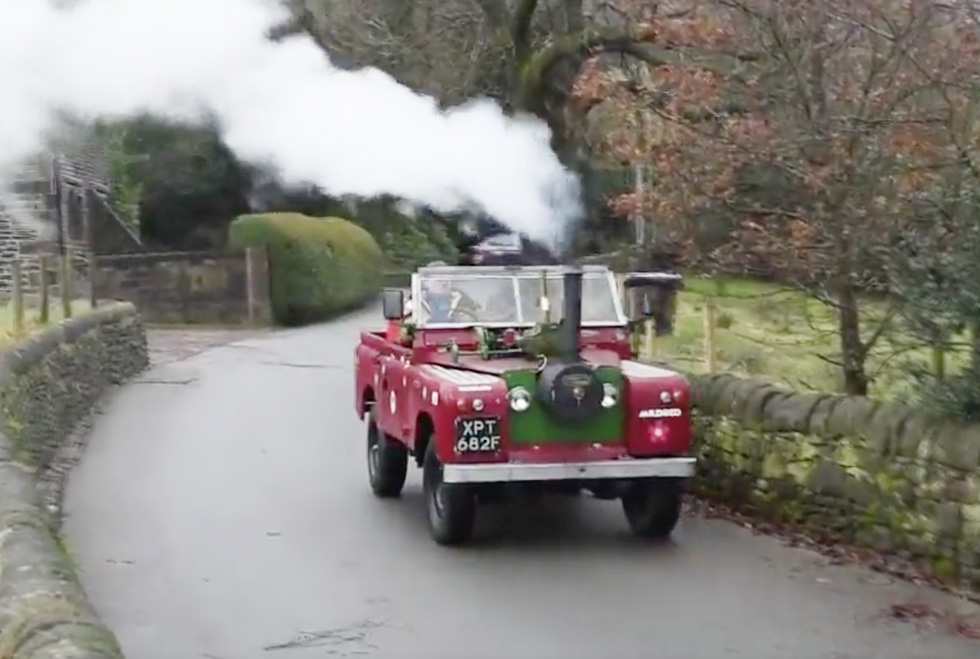 As Frank explains, he’s a retired engineer who was just looking for something to do when the idea of a steam-powered Defender dawned on him. Franks successfully created Mildred, likely the world’s only Land Rover powered by external combustion!

Franks says it’s The Worlds First coal powered Steam Land Rover – if you have similar plans we can supply the neccessary parts for your build – just get in touch!