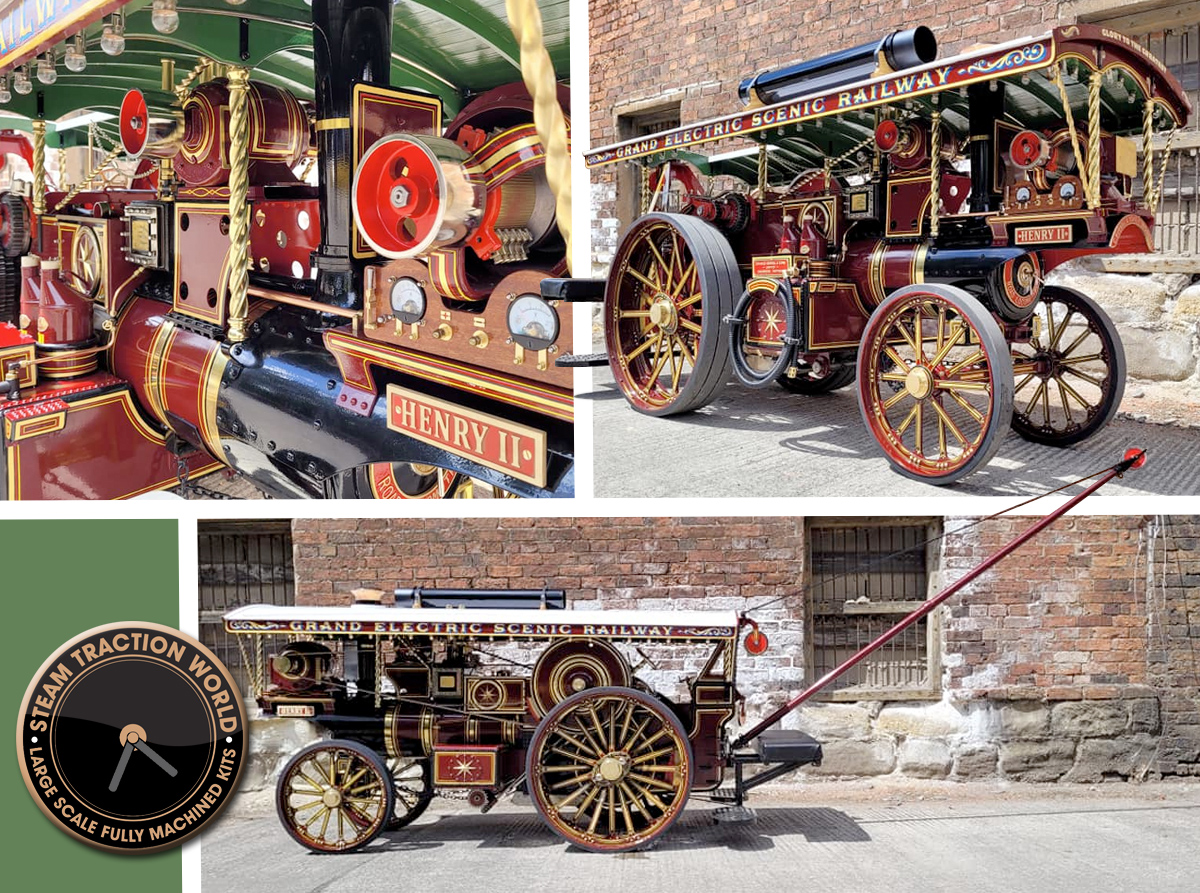 The brief the customer set us was; To resemble “Dolphin” but not replicate it 100%. This meant the colour (Dreelan Crimson) of the engine was specially ordered from Craftmaster paints, A working crane was to be added to the tender, Gold leaf signwitting was to be applied all round. Extra twisted brass was to the steering shaft, flywheel brake shaft and brake shaft to again emulate Dolphin. The Awning was modified with all new wood latts and barge boards front and rear for writing to be applied. A removable hatch was added to aid with driving, allowing light into the tender and better visibility. Another little detail was the modification to the switchboard to mirror the full size. The engine was steamed for the first time Monday of last week, with a good half a dozen in the first week, the engine preformed brilliantly in every gear and is a pleasure to drive. The customer therefore attended his first Steam rally (after collection Thursday Evening) with “Henry II” at Masham last weekend which gathered lots of attention from fellow owners and public!

He did the roadrun on its first outing along with the obligatory generating outside the Beer Tent! The signwriting was undertaken by Stuart Duncumb of S. Duncumb Signwriting. The lamps were specially ordered by the customer from the Traction Engine Lamp company as he wanted 4″ scale Regis lamps which I’m sure you will agree, compliment the engine very well.

Just a quick email to thank you for sorting out the issue with the smokebox kit.
You guys at Steam Traction World are extremely good with rectifying problems. Your customer service is fantastic. As a customer we can ask no more than that.

As a company Steam Traction World have hit the nail on the head. Quality products excellent customer service and a good selection of products. We are about halfway through building our first engine the Burrell scc and already my son is hankering after the roller.

Greg says “Have a look on the Facebook Burrell Roller Builders Group it’s brought a lot of fun to our family!”
(Link #SteamRoller

OUR SHOP IS NOW LIVE. We deliver Worldwide • If it isn’t in the shop email us and we’ll add it on! • All UK prices include VAT